Following two previous blog posts about data modeling with Redis (Data Types Visualization and German Postcodes Geoposition) this post advances the German Postcodes data model by adding the ability to scan not only by German postcodes ("Postleitzahlen", short PLZ, e.g. 45130) but also for city names (e.g. Essen) and by adding the ability to query for the distance between two postcodes.

As mentioned in the previous blog post the main use case now (in the advanced data model) is to have a select drop-down on a website where you can enter a German postcode (e.g. 45130) or a so-called "Leitregion", lead region, (e.g. 45), or (now) a city name pattern and then receive an option list of all cities for the given input. Upon selecting one option you can then query for: 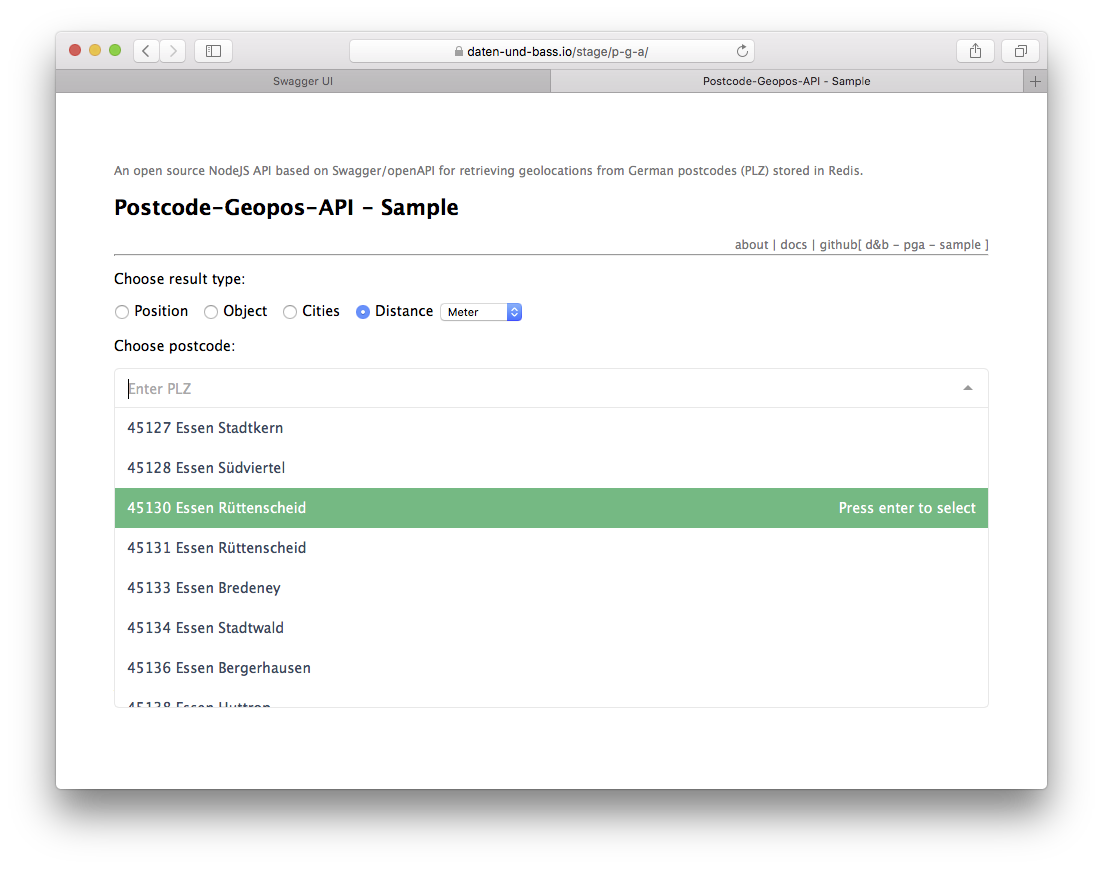 See the updated sample client implementation, based on vuejs and vue-multiselect can be found here.

"Data Types" , "Naming/Prefixes" and the "Stack for the API Server" as mentioned in the previous blog post remain unchanged.

However, there are new additions to these:

All these commands are also available in NodeJS in the npm module redis.

This is the Swagger/openApi docs: 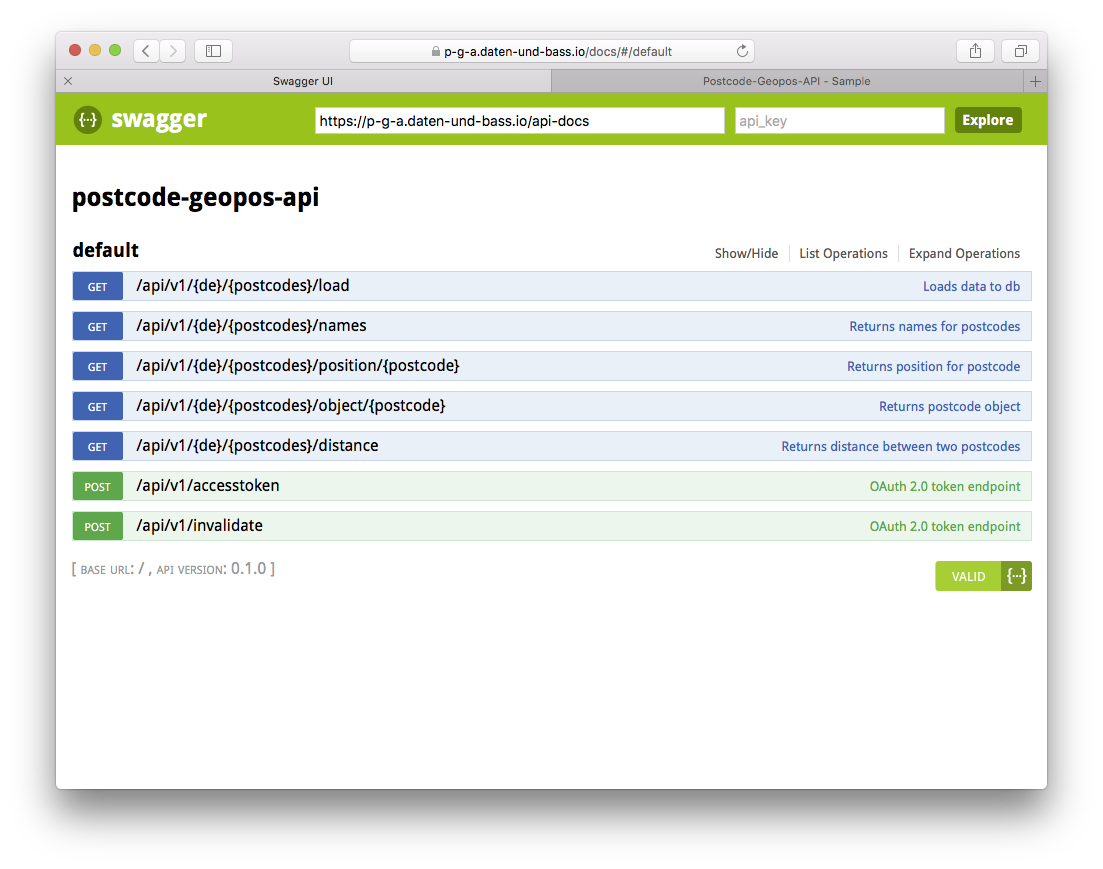 The following section covers some details on these additions and provides sample redis-cli commands along with quotes from the official Redis command documentation.

Just to refresh your memory:
One sorted set of postcodes with city names (all with the same score of 0 to have lexicographical ordering by postcode):

Advancement:
The first advancement addresses the "main caveat" mentioned at the end of the "Data Model Discussion" section in the previous blog post: That is, if modeled like that, user input has to be the postcode itself (at least in order to have the performance advantage of the sorted set's lexicographical ordering by postcode).

Now a scan is "dared" (for now) ... and despite the required pattern matching across the whole set (of almost 13,000 members) it seems to work so far:

"The SCAN command and the closely related commands SSCAN, HSCAN and ZSCAN are used in order to incrementally iterate over a collection of elements"

Count 10 is the default value and could be omitted above.

However, if you want Redis to iterate through all items (here almost 13,000) in one iteration, then it is

Otherwise, if you want to incrementally iterate over this sorted set with the amount of e.g. COUNT 250 you would do:

Where <new_cursor> is 0 in the first call and changed to the corresponding return value in consecutive calls ... so often until its return value comes back as 0. An example for SCAN in the node_redis module can be found here.

The return value of ZSCAN is an array where the first element is the current cursor and the second element is another array of elements found so far (the member and its associated score):

You can read more on ZSCAN in the SCAN documentation.

The alternative to this somehow "expensive" pattern matching during ZSCAN could e.g. have been another sorted set with the inversed scheme (city name first and then postcode), e.g.:

But why not try to challenge Redis ;-> ... And the total amount of 13,000 members is probably ridiculous to Redis' capabilities anyway.

Just to refresh your memory:
One sorted set of postcodes only (score calculated from latitude and longitude as geohash):

Advancement:
The second advancement compared to the initial post is that now it is possible to query the linear distance between two postcodes' central points.

"Return the distance between two members in the geospatial index represented by the sorted set."

"The unit must be one of the following, and defaults to meters: m for meters, km for kilometers, mi for miles, or ft for feet.

So for returning the value in kilometers:

You can read more on GEODIST in its docs.

This of course (for now) only offers the opportunity to query between postcodes and not e.g. for something more precise like streets and street numbers ... but one step at a time.

Using and Accessing neo4j-graphql with NodeJS

Following a previous, more introductory blog post on Neo4j and two of their GraphQL projects this post shows how…